Eighteen people, 16 Americans and two Canadians were recently named Carnegie heroes for risking their lives for others in life-threatening situations.

One of those two Canadians is from Duncan.

John Prokop of James Street Billiards said he looked out his window one day in July of 2016 and saw a scuffle between a police officer and a young man and about 50 people were lined up around the scene taking pictures, so he ran out to take some pictures too.

“I took three pictures and I recognized the officer was in front of the young kid and the kid had him in a headlock. So, I took my third picture and I yelled out, ‘Somebody’s got to help him.” Nobody did anything, so I put my camera down and ran over there. I grabbed the kid around the neck, he let go of the officer and next thing you know I am on the bottom of the pile going face first down the stairs. I got out and just laid on the kids’ legs.”

The award is a huge honour, Prokop is one of only 10,062 people in 114 years that have been recognized for their actions and only ten per cent of those people have been Canadians. 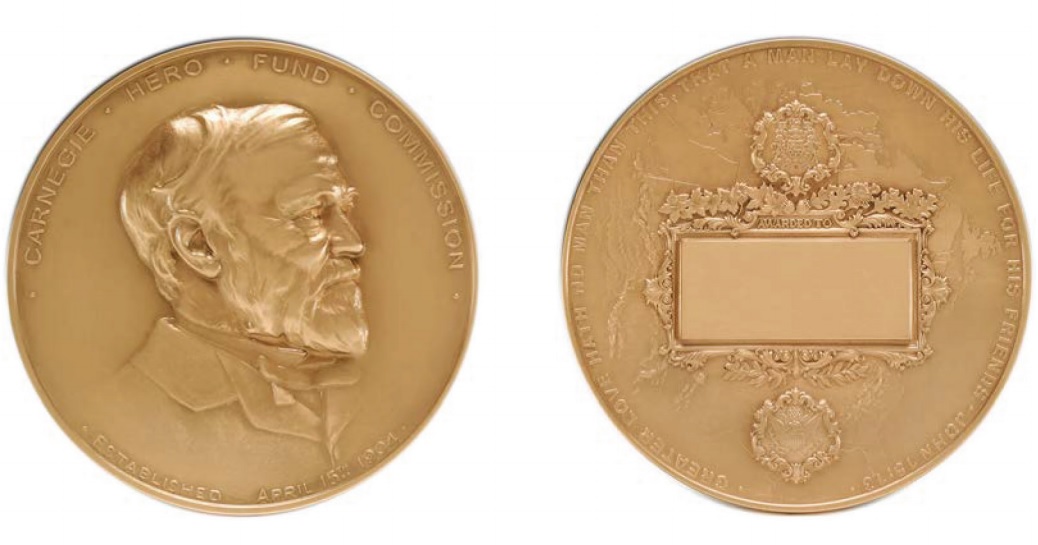 Last fall, Prokop was given the Commanding Officer Commendation for Assisting an Officer in Distress and that’s a pin he says he’s also proud to wear.