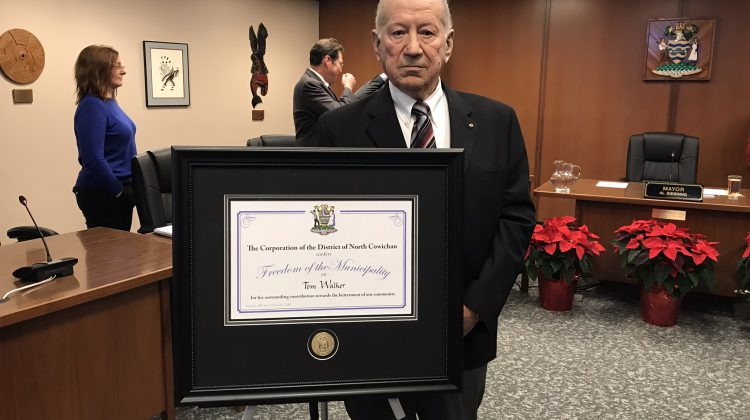 Tom Walker worked on municipal council for 20 years, including three as the Mayor and he was also the chair and founding member of the Forestry Advisory Committee.

Mayor Al Siebring explains that of Walker’s many accomplishments this is the one he’s most proud of.

“We just had the Freeman presentation here and Tom, himself, was quite eloquent about what he considered to be his greatest contribution to the community,” said Siebring. “That was the establishment of the Forest Advisory Committee and doing the sustainable harvesting plan we’re working with today.”

Siebring said the vote to bestow Walker with the honour had to be unanimous and it was.

“It’s always done with a secret ballot, unanimous vote of council, otherwise it doesn’t get done,” said Siebring. “That speaks to the high regard this council has for Mr. Walker.”

This is the most prestigious honour a municipality can award. 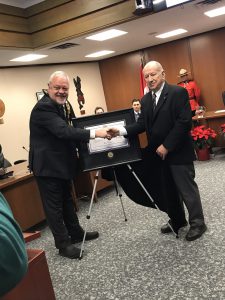