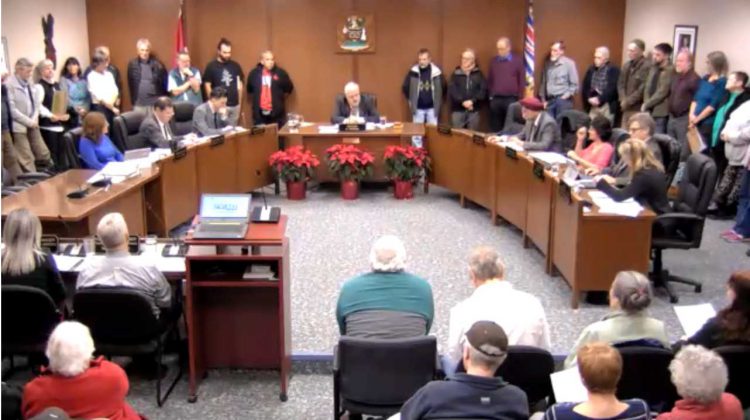 The last North Cowichan council meeting attracted a standing room only crowd that was there to hear the decision on logging plans for Stoney Hill.

Council has called for a pause on the decision about logging plans in the municipal forest reserve and to consider the management of forests, listen to the public and the experts, along with beginning a dialogue.

Freeman and former North Cowichan CAO Jim Dias was a delegation at the meeting and he’s in favour of the continued logging of the municipal reserve.

“You do not need to stop logging, there is significant economic impact if you do, not only to the local economy, but to the taxpayers of this community, where revenue lost means taxpayers paying for things like trails, washrooms, parking lots, forest fire and fire load management, and maintenance of roads,” said Dias.

However, Cowichan Tribes Elder Robert George is against the logging of the forest reserve and spoke to the importance of the forest from a cultural perspective.

“It is always important to protect our environment, we’ve been advocating for this for thousands of years and our people still use all the woods, all the mountains, for ceremonies, but we do it in a quiet way,” said George.

Dias said, “Forestry and forest management practices have been and will continue to be altered, you have a growing bank account, you have an investment for the future, let it grow and let it be managed in a responsible and sustainable way. Don’t stop what you’ve been doing, there are more trees than ever in the MFR (Municipal Forest Reserve), there are more and safer trails, and there’s more recreational use than ever before.”

Meantime, George said the forest carries significant meaning to local First Nations groups and is part of the tribal teachings.

“People don’t realize how much it changes things when it (forest) is clearcut, a lot of things change, a lot of the medicines don’t come back when it’s clearcut, that’s underneath the tree,” said George. “We’re always taught that whenever we go and take something, we only take the oldest part of that medicine and leave the young ones for sustainability and we have to leave something for our children.”

Part of the decision to postpone the motion stems from the absence of councillor Kate Marsh from the meeting and this motion will be postponed, pending the completion of the strategic plan and priorities, a staff report on forestry operations and council plans to tour the forest reserve. 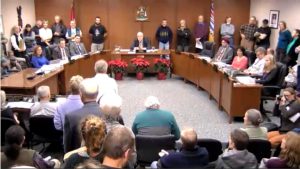