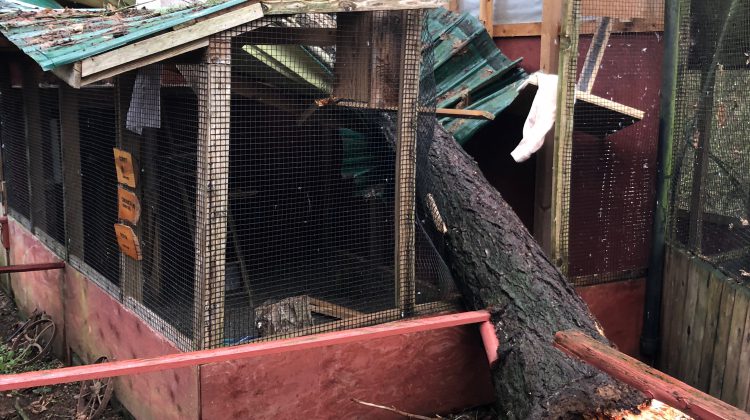 The infamous windstorm that blew through the Cowichan Valley has caused extensive damage to aviaries at The Raptors.

All of the birds are safe and uninjured and General Manager Robyn Radcliffe said the birds who stay in the high-risk aviaries were moved, but those weren’t the ones that were destroyed.

Radcliffe said, “We were there checking constantly as the windstorm whipped through, we didn’t realize how bad it would be because we have windstorms all the time.”

Renovations are planned at The Raptors, but this property damage has changed priorities at the popular tourist destination.

“We’re trying to rebuild most of our facility in the next five years, so this is going to change priorities,” said Radcliffe. “We’re always limited financially because we’re not a non-profit, some people think we are,  but we aren’t registered as a non-profit. The center basically functions like one, staff were worried about it so they started this go fund me page.”

Staff at The Raptors started the page to raise money to pay for the damages and the generosity of the community has been fantastic thus far. 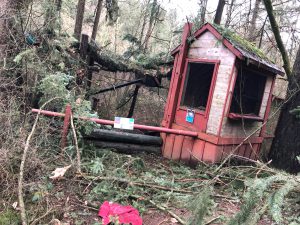