It’s for the areas from Duncan through Nanaimo and right up through Fanny Bay. 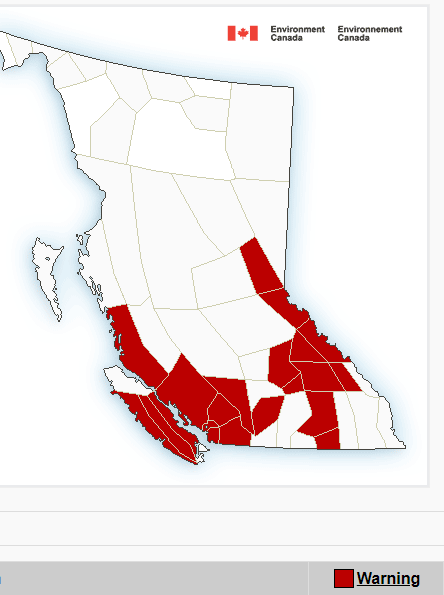 Meterologist Carmen Hartt said the Pacific frontal system will stall across the Island beginning this afternoon and into tomorrow (Thurs).

“In terms of amounts, they are always highly variable in the area but general amounts between 40 and 60 millimeters are expected, but up to 100 millimeters could be expected locally.  The worst hit areas are expected to be along the Coast between Qualicum Bay and Fanny Bay.”

Hartt said in some cases where the ground is already saturated from December rains there may be localized flooding.

On top of the rainfall warning, some areas are also under a wind warning.

Those include the areas from Campbell River down to Nanoose Bay and over onto the Sunshine Coast.

Winds, from the southeast are expected to hit 70 kilometers per hour over exposed areas.