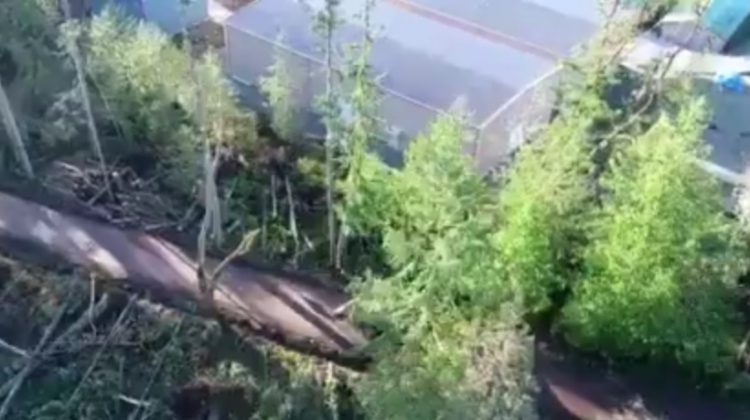 It took a small army of BC Hydro workers to restore power to more than 350,000 customers on Vancouver Island and the Gulf Islands during the infamous windstorm.

The utility is calling this storm the most damaging in the history of the company, as crew members repaired or replaced more than 1,900 spans of wire, 390 power poles, 700 cross-arms, and 230 transformers.

BC Hydro’s Ted Olynyk said the teamwork of crews was exceptional.

“We had nine hundred folks involved with restoration efforts. The crews out in the field, support staff, call centre staff, everyone we could think of, we brought in to help out,” said Olynyk. “People came in from vacation, wanting to help out; we had crews coming from the Interior, we had crews from Alberta and from Atlantic Canada helping as well.”

Olynyk said BC Hydro determines the severity of a storm by the impact it has on the system.

He said the utility has a few takeaways from this storm.

“We can’t eliminate outages, but what we can do is lessen the impact on our customers, whether that’s the duration of the outage, the frequency of an outage, or making sure our customers have the right information to deal with the outage,” said Olynyk. “That’s the important part, making sure customers have the right information, so they can make alternative plans if the outage is going to be for a great length of time.”

More than 400,000 BC Hydro customers were in the dark in the Lower Mainland and Nanaimo broke a 54-year wind record, recording gusts of 85 kilometres an hour during the storm (previous record – 82 km/h in 1964).

Lennard Island Lighthouse off the coast of Tofino clocked wind speeds of 144 kilometres an hour. 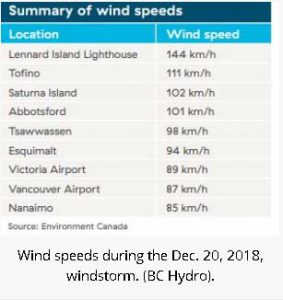 Hurricane force winds are sustained winds of 119 kilometres an hour or more.