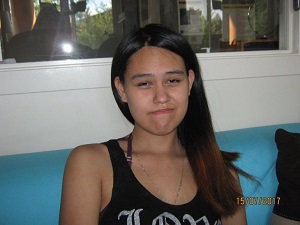 Nanaimo RCMP continues its investigation into a missing 17-year-old girl.

Brianna Fisher left her central Nanaimo home on December 14 and hasn’t been seen since.

Fisher reportedly reached out to friends on social media and it’s believed she may be in the Duncan area or in the Lower Mainland.