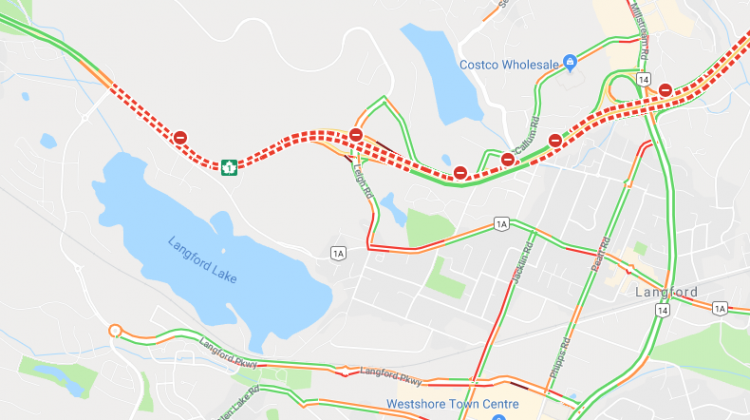 RCMP and first responders are on the scene of a head-on collision on Highway 1 near Leigh Road.

It happened around quarter to one this afternoon (Tues) on an undivided curve between Leigh Road and the West Shore Parkway.

The drivers of both vehicles were the lone occupants and have been taken to hospital with serious injuries.

The RCMP Collision Analyst and investigators remain at the scene to determine the cause of the collision.

Highway 1 will remain closed near Leigh Road in both directions while the investigation is completed.

Traffic is being diverted by flagging crews through Langford Parkway to West Shore Parkway both north and sound bound.

The cause of the collision is under investigation and police are asking any witnesses to contact investigators.