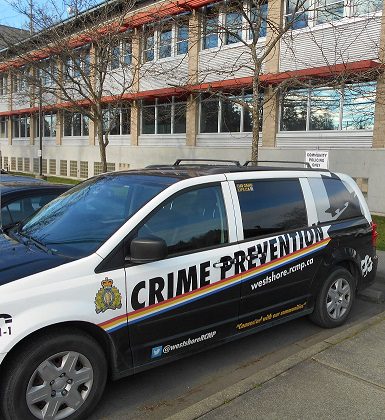 The proposed LNG pipeline that would go right through Indigenous land near Houston, BC continues to have an impact on Vancouver Island.

Several volunteers from the Westshore RCMP Speedwatch Program were unable to leave the front of the detachment in the community sponsored van, a picture of which is available on our website.

A 79-year-old volunteer from the Westshore RCMP’s Keep in Touch program also had to be escorted past the protestors.

RCMP has been a lightning rod of criticism for arresting 14 protestors near Houston for failing to abide by a court injunction involving the removal of a blockade.