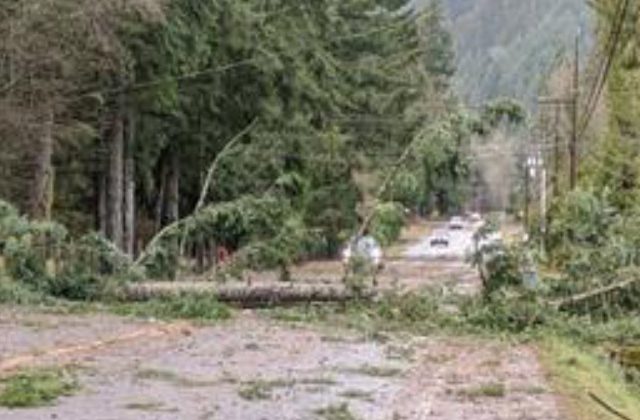 The Insurance Bureau of Canada is reporting the December storms in B.C. caused 37 million dollars in insured damage.

The Bureau says, across the country, in 2018, severe weather events cost insurers one point 9 billion dollars.

It says it was the fourth-highest amount of losses on record but, unlike the Quebec ice storm in 1998, the Calgary floods in 2013 or the Fort McMurray wildfire in 2016, no single event caused the high amount paid out for losses.

There was instead, a host of smaller severe weather events from coast to coast.

The Bureau says as the financial cost of a changing climate rises it is working closely with governments at all levels to advocate for increased investment to mitigate the future impacts of extreme weather and build resiliency to its damaging effects.

The organization says it is not only insurers who foot the bill for severe weather damage.

For every single dollar paid out in insurance claims for homes and businesses, the Bureau figures Canadian governments pay out 3 dollars to recover public infrastructure damaged by severe weather.