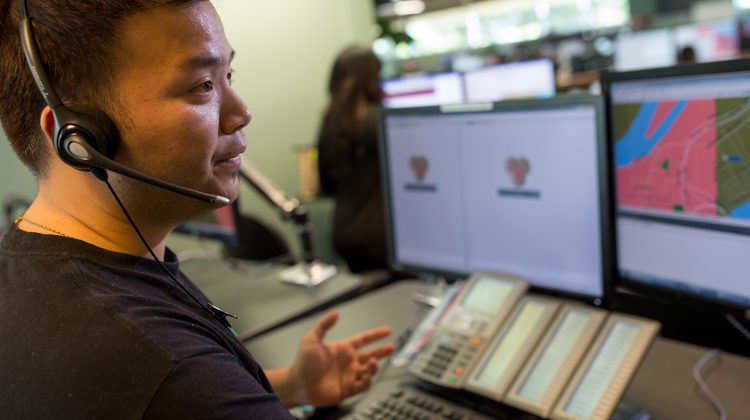 Call-takers for E-Comm, the emergency and non-emergency call-taking dispatch centres will soon be consolidated in one location.

The Emergency Communications for British Columbia Centre is consolidating three call centres, from Victoria, Saanich and Westshore into one larger centre in Central Saanich.

That’s where emergency calls from the Cowichan Valley, from Ladysmith and south, will soon be handled.

President and CEO of E-Comm, Oliver Gruter Andrew said response times should be better in a major emergency that involves multiple calls from the public because the call-takers will be one larger group, in one place, rather than small groups working in isolation.

“You might remember the Tsunami warning that came about last year all of a sudden which mobilized a lot of police. We will be in a stronger position to cope with those kinds of events and, in my experience, our ability to respond to call volumes will be better.”

He says the move should be seamless and the public won’t notice anything different.