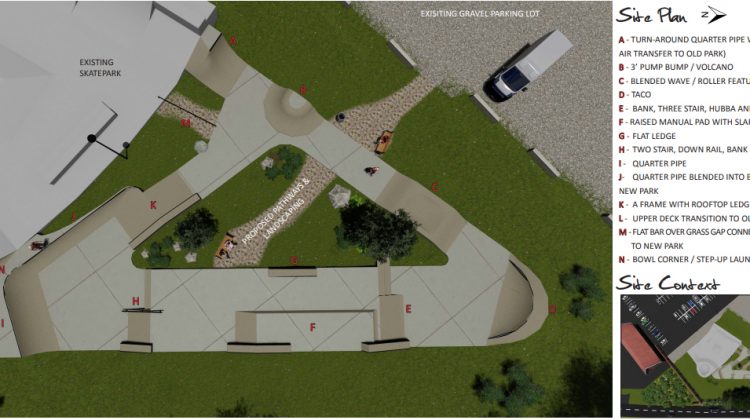 Construction on the new addition to the X-Treme Skate Park near the Cowichan Aquatic Centre is underway.

It will be a separate entity that links up with the historic skate park.

Jim Barnum is the Senior Designer with Newline Skate Parks and he said users can expect a good mix of terrain.

“They can expect a really nice addition to the existing park that has more modern skate park features,” said Barnum. “An awesome beginner-to-intermediate level skate park with a good mix of street style terrain and some new flow features.”

Barnum said the new park is a blending of new and historic.

“The existing park is almost like a historic skate park, its been around for a long time, and it’s representative of a certain flavour of skate park that was around at that time,” said Barnum. “We wanted to retain it, it’s in good shape and the locals love it, we’re just adding on.”

He said, “The new park will function completely on its own as a separate park, but it also can and does link up with the old park, so you can fly between them.”

It’s estimated that construction will be finished by the beginning of April and Barnum said users of the park were consulted throughout the design phase of the project.

Barnum said he’s been involved in more than two hundred of these projects.