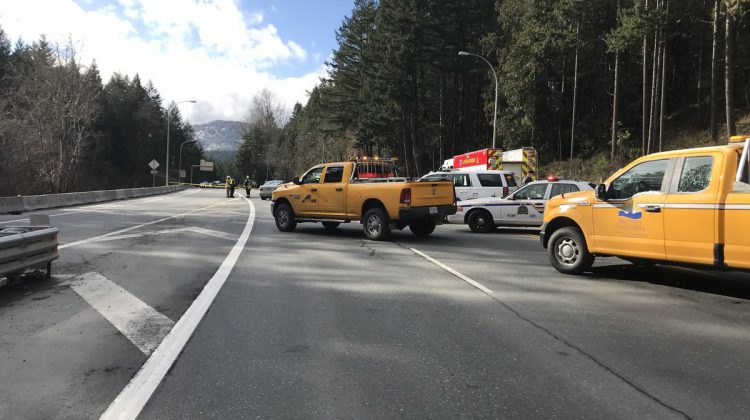 The 24-year-old man who died in a crash in Langford Sunday was from Nanaimo.

The West Shore RCMP say there 5 people involved in the collision on Highway One near Leigh Road Sunday afternoon.

It was a head-on crash.

The were no serious injuries among the two people in the southbound car but the 24-year-old driver of the northbound car was killed and two passengers were taken to hospital with significant injuries.

Investigators do not believe that drugs or alcohol were a factor.

The cause of the collision is still under investigation.