We are winners when it comes to diverting waste 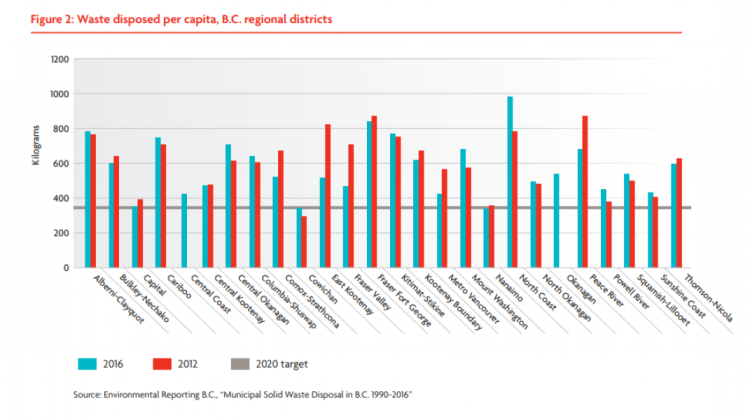 Spoiled and uneaten food accounts for 25 per cent of all residential garbage in B.C.

That’s according to a State of Waste report done by Vancity.

On average, in B.C. 549 kilograms of garbage per person is produced.

The most impressive waste diversion community, of those considered, is the Nanaimo Regional District at 341 kilograms per person.

That’s lower than the province-wide waste disposal target of 350.

The Cowichan Valley is second best when it comes to waste diversion at 346 and, although over the province-wide target, the Sunshine Coast is in third place.

Delta was the biggest producer of garbage in B.C. with 465.

And, on the Island, the biggest producers of garbage is the Alberni-Clayoquot Regional District followed by Mount Washington.