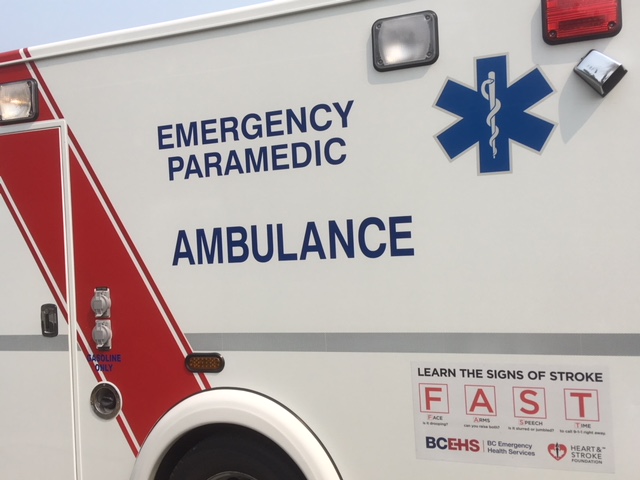 The B.C. Office of the Auditor General says British Columbia Emergency Health Services needs to do better when it comes to response times.

Carol Bellringer has released a report on ambulance and emergency care services in B.C. and, she says, the time it takes to get an ambulance to a patient requiring time-critical care is a concern.

She says the response time target in urban areas is 9 minutes, it’s 15 minutes for rural communities and 30 minutes for remote areas, and all of those are supposed to be achieved 70 per cent of the time.

She says in some remote cases, it’s taking 45 minutes before an ambulance arrives at a call and she says there could be some patients in jeopardy.

Bellringer says Emergency Health Services has been increasing the number of paramedics and ambulances as well as introducing a new dispatch approach, with the goal of shortening response times for patients who need care the most.