An Additional Trial Date is Required in Teddy Case 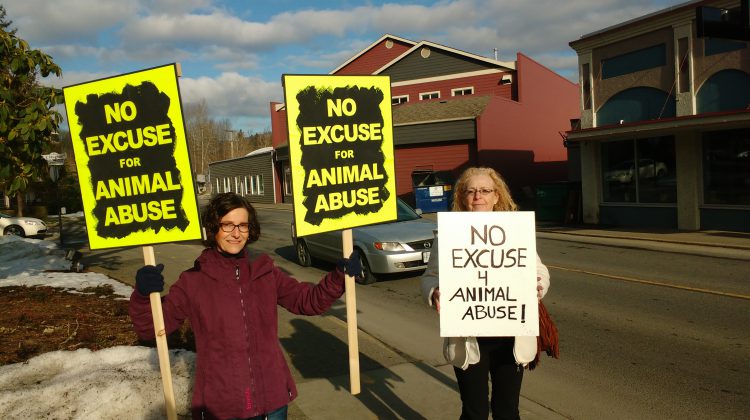 A pair of BC SPCA Special Provincial Constables took the witness stand and Matt Affleck said one of the co-accused, Anderson Joe was presented with a critical distress notice on February 16, 2018, indicating that his dog was going to be seized.

Fellow Provincial Constable, Toni Morrison spoke about an exchange she had with Joe and when she told him the SPCA was seizing the animal, he replied by saying “good, he’s been like that for a while.”

Dog lovers from up and down Vancouver Island and the Lower Mainland have come to Duncan to hear this case and Jesse Adams from the Raincoast Dog Rescue Society out of Victoria said hearing about Teddy’s condition has been very hard.

“It’s very emotional, it’s hard to listen to what’s going on inside. Some of the descriptions that the constables from the SPCA and the vets have given and the condition of Teddy, and how he was found is pretty overwhelming emotionally, a lot of tears, it’s atrocious to hear and downright sickening, to be honest,” said Adams.

He added, “We’re all fighting through it and looking for the justice Teddy deserves.”

Earlier in the week, Veterinary Pathologist Doctor Glenna McGregor gave testimony that Teddy had deep lacerations in the front and back of his neck, an exposed windpipe, jugular veins that were clotted and severed and a head that was three times its normal size.

When Teddy was discovered in mid-February of last year, Joe told one of those provincial constables, Toni Morrison, that he was in a longhouse since December and the dog was in poor condition when he came home.

Brittany Pickard of United for a Paws said she’s hoping this is a precedent-setting case.

“I just want justice for Teddy, I just hope we get an outcome where justice is served and it creates a precedent, in that people will get jail time and people will be fined and they don’t just get a slap on the wrist and go on with their day,” said Pickard. “We want people to be punished for animal abuse, it’s wrong.”

The woman accused in the case, Melissa Tooshley pleaded guilty to wilfully neglecting the dog and the production of a report meant to help with sentencing isn’t expected to be complete for two months.

Another trial date is required and it’s expected to be set in the next 30 days.