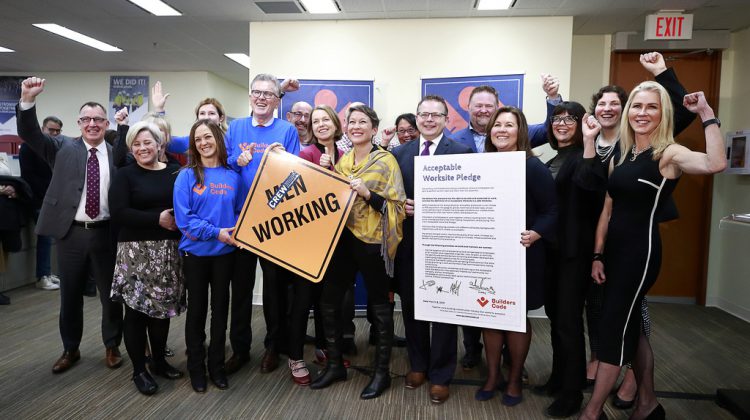 Picture Courtesy: Government of BC

The construction industry in BC has launched the “Builders Code,” an initiative meant to retain more women working in the trades.

One major goal of “Builders Code” is to see women make up ten percent of BC’s construction trades by 2028.

The Minister of Advanced Education, Skills and Training Melanie Mark said to hit that goal, the number of women in the trades needs to more than double.

Mark said there is a lot of work to do in the construction industry and more women will be needed.

“BC is currently building over one hundred billion dollars worth of major projects including the largest construction project in the history of Canada, centered in Kitimat,” said Mark.

The President of the BC Construction Association Chris Atchison said jobsite behaviour is not a women’s issue, it’s a business issue and this target is a way of industry stepping up on International Women’s Day.