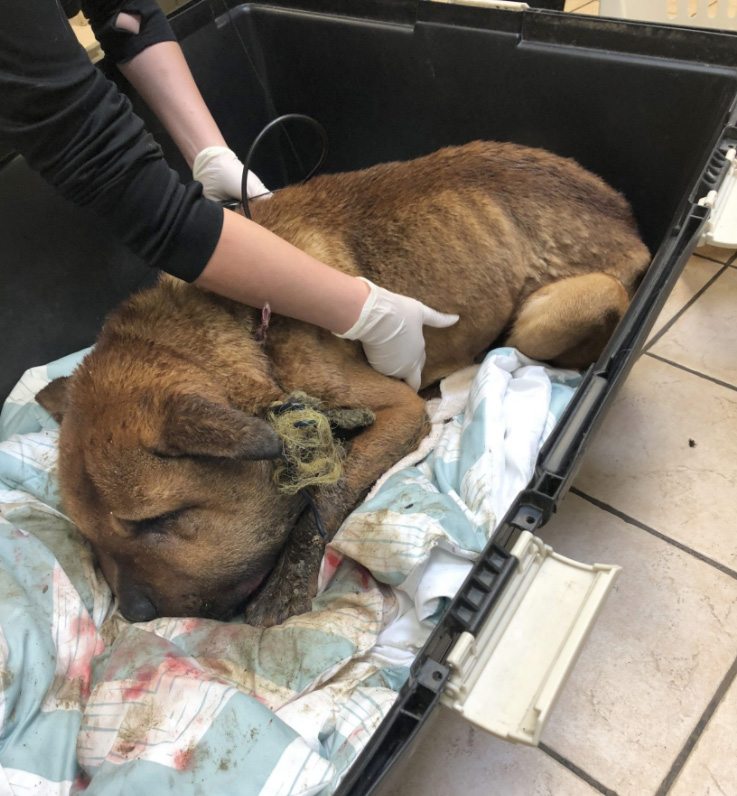 The animal abuse case of Teddy the dog will be back in court tomorrow morning, starting at 9:30.

In the first two days of the trial, Melissa Tooshley pleaded guilty to failing to provide the necessities of life for an animal.

Co-accused Anderson Joe pleaded not guilty to charges of causing unnecessary pain and suffering to an animal and failing to provide the necessities of life for the animal.

After discovering Teddy in mid-February of last year, the BC SPCA called it one of the most profoundly shocking and disturbing cases of animal abuse it has ever witnessed.

Members of Cowichan Tribes have raised concerns over targeted acts of racism and vigilantism in response to this trial, leading to a meeting of local political leaders at the Cowichan Tribes offices on Allenby Road yesterday.