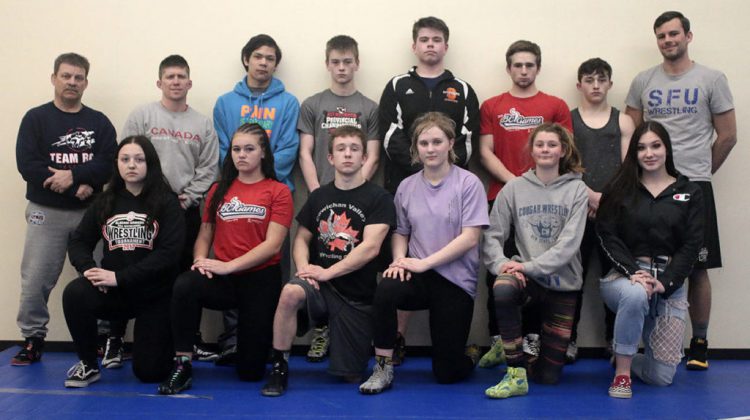 Twelve members of the Cowichan Valley Wrestling Club are heading to Fredericton, New Brunswick for nationals from April 5-7.

Nadja Schwarz and Chloe Foster are appearing in nationals for the first time and Dawson Jory will be making his second appearance.

Schwartz is in the 64-kilogram weight class and said competing at nationals is going to be a challenge.

“There are going to be tougher people than I’m used to wrestling but, it’s going to be more of a challenge and I’ll try my best,” said Schwartz.

Foster is in the 75-kilogram weight class and she said she’s gained a lot of confidence this season and is looking forward to nationals.

“I won the Western Canada Age Class Tournament, which is quite an achievement, I made the podium this year at provincials, it was a tough tournament,” said Foster.

Dawson Jory has already experienced wrestling at nationals and he will be competing in the 70-kilogram weight class and Jory said the competition will be tougher and he has been preparing.

“We practice three times a week and I work out every day and do cardio and everything,” said Jory.

The club is hosting a beer and burger night and silent auction at the Brass Bell Pub tomorrow at 5 pm to raise money for the trip.

Nearly half of the proceeds from ticket sales will go to help cover expenses for the trip.