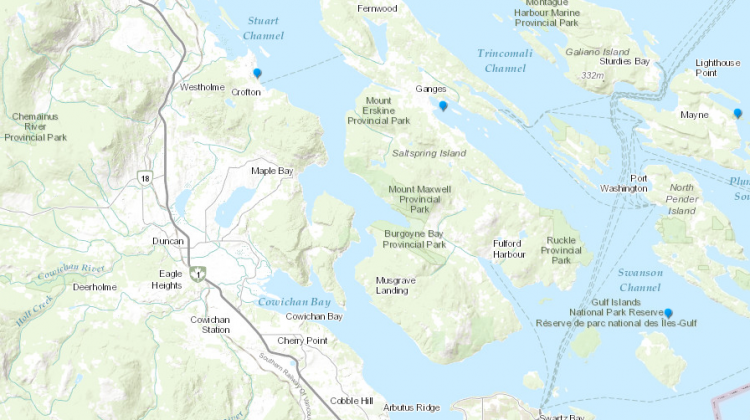 The B.C. Coroners Service has released a map of nearly 200 unsolved cases in the province.

The majority of the cases involve men.

The map includes 19 cases on Vancouver Island and the Gulf Islands and two of them are in the Cowichan Valley region.

Human remains were found in the Crofton area on September 30th of 1984. They belonged to a man, aged over 37 who stood 5 feet, 10 inches tall.

The second case involved human remains of a man found in Ganges on December 31st of 1976. He was white, had brown hair and stood about 5 feet 9 inches tall.

The service’s goal is to collect information that could help solve the cases, some of which date back to the 1950s.