A Federal Perspective on Raising the Cowichan Weir 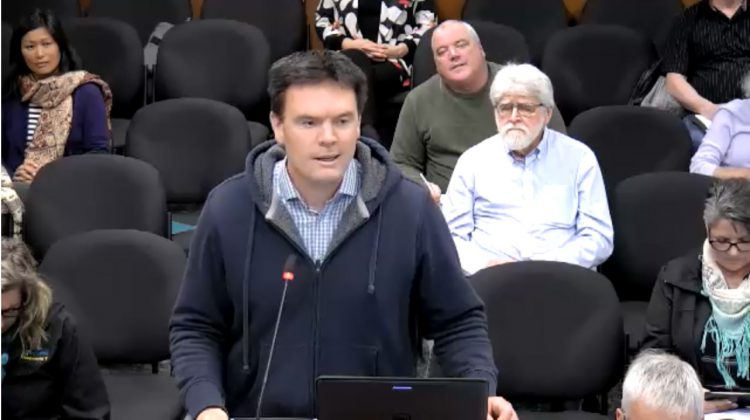 Cowichan-Malahat-Langford MP Alistair MacGregor provided North Cowichan council with a federal update when it comes to raising the Cowichan Weir and he said the federal government needs to be involved in this vitally important investment.

“We absolutely must have the senior-most level of government involved in this, especially for the funding,” said MacGregor. “We know the federal government has that very clear jurisdictional responsibility over fish and fish habitat and we know, from what’s already happened this year and what the long-term projections are, that this is one of the smartest investments we can make for the long-term health of the Cowichan River.”

Raising the weir is something all three levels of government, Cowichan Tribes, Catalyst, who operates the weir, and the Cowichan Watershed Board are all in support of.

Cowichan-Malahat-Langford MP Alistair MacGregor said the time it’s taking to bring this project to fruition is frustrating to some, but the devil is in the details.

“It’s not coming as fast as people would like, I realize that, but I just want to make sure there is an understanding out there that with such a massive project, to increase the lake’s level and the engineering that’s required, we need to make sure we dot every ‘I’ and cross every ‘T,’ said MacGregor.

“I will certainly be making sure that when everything’s ready, the feds are there to do their thing,” said MacGregor.

Cowichan Valley Green Party MLA Sonia Furstenau has said that, if all goes according to plan, construction to raise the weir could start at this time next year.

Remote and Isolated Communities Warned to Protect Themselves