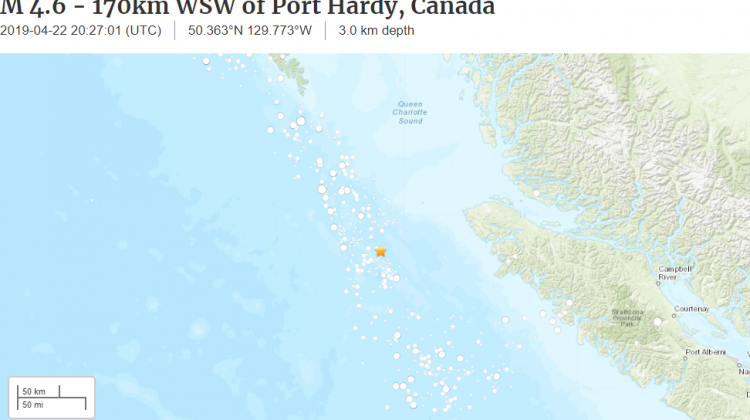 The first, at a magnitude of 4 point 6 struck around 1:27 and it was followed by a second larger magnitude 5 point 3 magnitude quake at about quarter to 3.

The first earthquake struck about 166 kilometres west of Port Alice at a depth of 10 kilometres.

The second was about 189 kilometres west of Port Alice at the same depth.

Natural Resources Canada says there was no danger of a Tsunami or damage from either and officials say there were no reports of shaking.