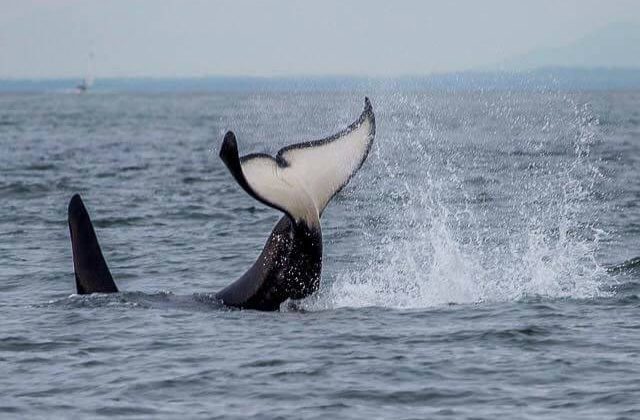 There are encouraging signs that the southern resident killer whales may be on the way to recovery, as a calf was spotted with its mother in the eastern Strait of Juan de Fuca a few months back.

Further encouragement came in late March when researchers noticed that J-17, the southern resident with a condition known as ‘peanut head,’ a sign of malnutrition, looked to have an improved body condition.

However, the federal government continues to drag its feet in bringing in legislation that would see the minimum allowable distance between southern residents and both commercial and recreational boats extended from 200-400 metres.

Executive Director of the Georgia Strait Alliance Christianne Wilhelmson said there is support for the government to extend the allowable distance.

“Because the scientific evidence shows that the distance does need to be bigger, there’s still a lot of impact on southern residents at 200 metres, 400 metres is a better distance for commercial and recreational boats to keep their distance,” said Wilhelmson. “That is what the government’s proposing and we support that.”

Wilhelmson said, “the distance of 200 metres for transients or Biggs whales is certainly a reasonable distance, but for southern residents, they need quieter water.”

In the St. Lawrence Estuary, a critical beluga habitat, boats must stay at least 400 metres away from threatened or endangered whales, porpoises, and dolphins.