Pride flags flying in the Valley 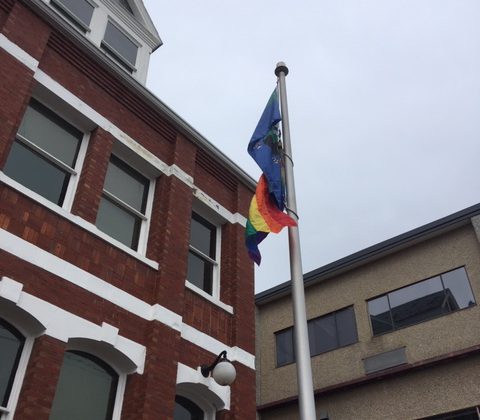 The Pride flag has been raised in Duncan. (Sharon Vanhouwe, mycowichanvalleynow.com staff)

The flags are flying in Duncan at the Municipality of North Cowichan.

The flying of the Pride flag in North Cowichan is the first time the Municipality allowed any organization to raise a flag there.

Ladysmith and SD79 will be flying a Pride flag in short order.

Vomacka spoke at the Duncan flag raising and said she has experienced first hand what life is like for homosexual individuals in Canada.

This year, Pride organizations are commemorating the 50th anniversary of the partial decriminalization of homosexuality in Canada.

On the same day, the City of Duncan put out a notice the Pride Parade will be going ahead.

It will take place on June 8th in the downtown area and a celebration will follow at Charles Hoey Park.