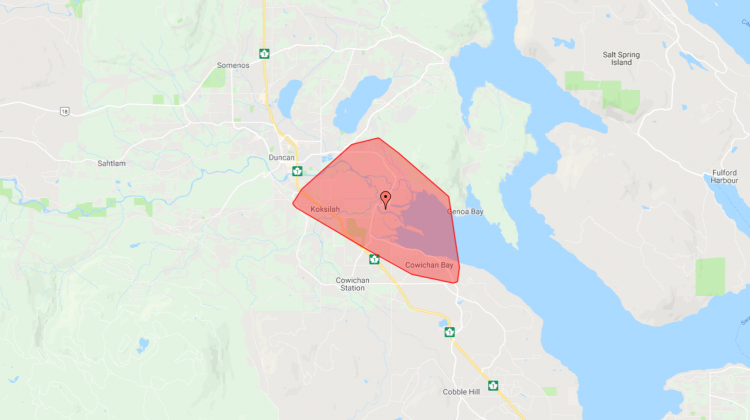 The power is out for 1600 after a hydro pole caught fire. (supplied by BC Hydro)

Almost 1600 residents in the Valley are without power after a hydro pole caught fire near Top Shelf Feeds.

It happened around 3:15 this (Tues) afternoon.

The power outage is affecting residents from West of Genoa Bay Road to around Koksilah and Cowichan Bay.

There’s no word yet on when the power will be back on.