Roadside work is a dangerous job 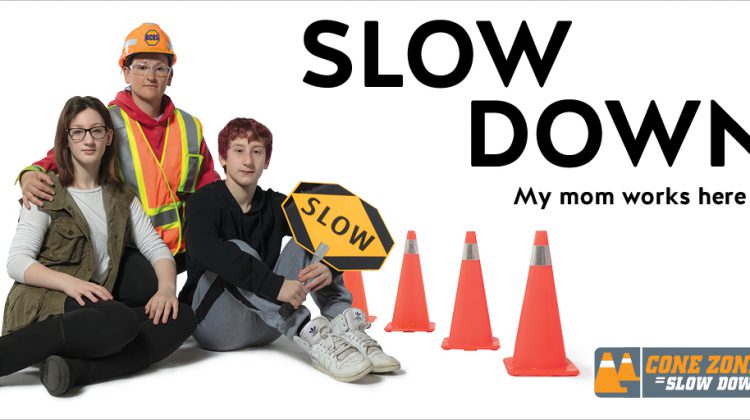 The campaign will include an enforcement blitz. (Photo used with permission from WorkSafe BC)
Last year, two roadside workers died as a result of being hit by a motor vehicle and 29 were injured.
Between 2009 and 2018 there were a total of 13 roadside worker deaths and 213 injuries as a result of being hit by a motor vehicle.
The Cone Zone campaign sets out to remind employers, workers and drivers to obey the law when approaching work zones, to prevent deaths and injuries to roadside workers and it runs from May until August.
Karesse Desmond has worked as a Traffic Control Person since 2005 and said she has seen some close calls but understands motorists make mistakes.
“They are just people, like you and me, and I feel like we sometimes make judgement errors when it comes to operating a vehicle and I am sure they scare themselves as much as they scare me sometimes.  But I have seen some pretty interesting things.  As a TCP I’ve seen a gentleman shaving while driving.  I’ve see a woman trying to put on pantyhose.”

The campaign will include an enforcement blitz at work-sites and tickets to drivers can range from 196 dollars for disobeying a flag person to 368 dollars for using an electronic device while driving.

WorkSafe BC says the social and economic costs resulting from a loss of life or serious injury, however, are much higher.