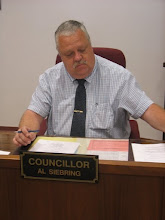 Mayor of North Cowichan says progress is being made on Chemainus waterfront walkway. (Stock photo)

The waterfront walkway was identified in the 2011 plan as one of the most desirable projects by more than two-thirds of the people who responded.

Mayor of North Cowichan, Al Siebring said there’s been a major development there.

“There was a plan to do a shorefront boardwalk from Kin Beach over to the Ferry Terminal and also extending to the north and we have just gotten approval from the province. I just signed the papers for the foreshore lease right in front of the hospital.”

Siebring says that was a major obstacle.

He says it took about 7 years to get Island Health to allow it.

Siebring says there are some initiatives that need to be done with regards to some private property along the stretch before plans can proceed.