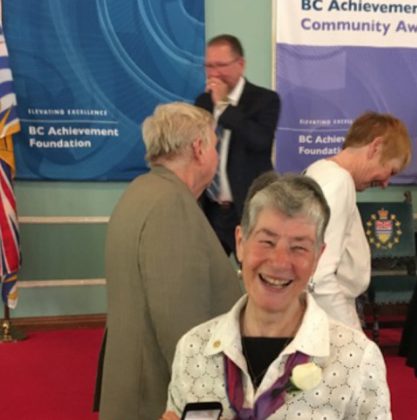 North Cowichan resident Sandy McPherson has been bestowed with a BC Achievement Community Award.

North Cowichan Mayor and council made the nomination.

Sandy McPherson is one of 25 people who received the award this year, out of 150 nominees.