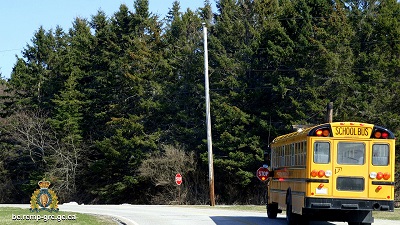 North Cowichan/Duncan RCMP are reporting a number of calls about drivers who are passing school buses that have their stop signs out.

This is very dangerous and illegal behaviour that can, not only net you a $167 dollar fine, but can cause injuries and even death.

While pedestrians have a responsibility to look out for traffic and only cross when it’s safe to do so, RCMP Sergeant Janelle Shoihet said drivers need to be cautious to ensure the safety of everyone.

“We’re putting our kids at risk when we are passing and that’s why the rule is in place. There have been a number of reports of people not complying with those regulations,” said Shoihet. “They (RCMP) have now teamed up with the School District 79 board to highlight, not only the risks that go along with not following that legislation but to educate drivers that the legislation exists and that the expectation is that you follow the rules of the road when you’re driving.”

“Whether we’re in grade two or we’re 82, we have to be responsible for our own safety and we always encourage anybody to look, listen and then look in both directions,” said Shoihet. “[You need to] use all your abilities in order to see that you are safe before you proceed across the street.”

Officers will take down the licence plate numbers of the cars that blow these stop signs and the violators will face fines and higher insurance premiums.

For repeat offenders, Shoihet said, if police determine someone is willfully ignoring the law and passing these buses, they may be charged with driving without due care and attention, an additional fine of $368 dollars.