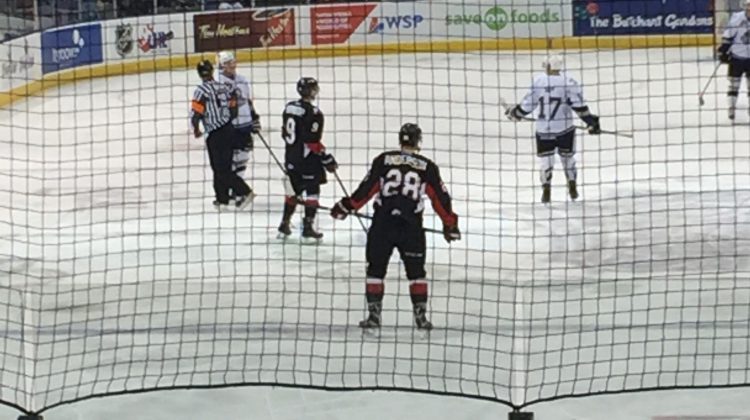 Anderson spent parts of five seasons with the Prince George Cougars and wrapped up his major junior career by helping the Swift Current Broncos win the 2018 Western Hockey League championship.

Last season, he split his time with the Utah Grizzlies of the ECHL and the Colorado Eagles of the American Hockey League.

Anderson said his schedule was always in flux and that was a challenge.

“I spent a little time in the American League as well, I was up and down all year, it’s hard to get used too, you never know where you’re going to be one week,” said Anderson. “One week you’re cross-country and another week you’re sitting at home doing the same stuff. It was good [though], it was a lot of fun.”

Anderson played 55 games with the Utah Grizzlies and made his American Hockey League debut with the Eagles, at home against the Bakersfield Condors on December 21 of last year, falling to the Condors 5-3.

The local product helped Swift Current win a WHL championship in his final year of major junior and Anderson said the jump to pro hockey was a big one.

“It was a big jump, you’re playing against older, bigger, faster, stronger men,” said Anderson. “The first year out of junior is always tough no matter where you go, but the way I play, I think it really helped me to be ready for this year coming up.”

Anderson said Loveland, Colorado reminds him a lot of Duncan in terms of the geography, like farmland.