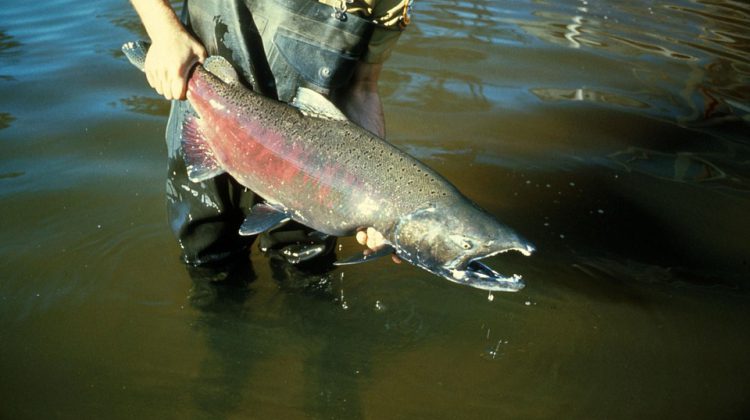 There has been much debate over causes for declines in Southern Resident Killer Whale health. Two of the top three reasons cited by DFO and other conservation organization include interference from vessel traffic and low abundance of Chinook. (Chinook pictured, courtesy Pixabay)

The Pacific Salmon Foundation announced has snagged a 150,000 dollar grant from the province.

They will be using the money to support research on the availability of Chinook salmon as a food source for Southern resident killer whales.

Scott Hinch, a professor at UBC and co-lead of the project said the study will be the first-ever to track the movements of Chinook while killer whales are hunting.

“There’s a large component that’s studying whale movement and whale behavior and movements of whales in relation to some of their food sources, that’s not what I am doing. My component of the project is focusing more on the fish side, and in particular, adult Chinook which we believe to be one of the primary food items for Southern Resident Killer Whales and I am interested in studying the behavior and physiology of them.”

The study will use acoustic tags implanted onto individual fish that “ping” off underwater receivers.

Chinook and chum salmon are the principal food source of Southern resident killer whales during the summer and fall.

However it is unknown if the poor health of the whales is due to declines in Chinook abundance or the whales’ inability to access them as food due to vessel traffic and underwater noise.