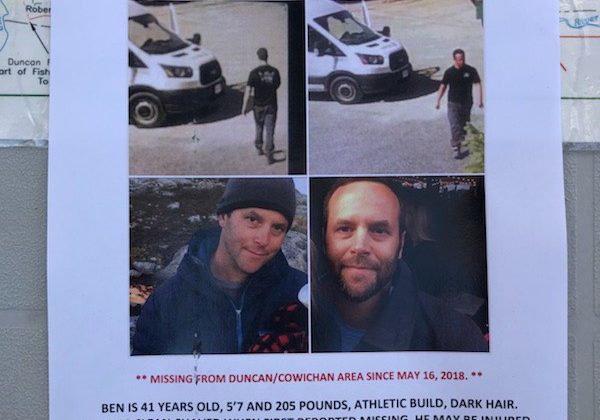 Posters were distributed and put up in the area where 41 year old Ben Kilmer went missing on Wednesday, May 16th. (Sharon Vanhouwe, mycowichanvalleynow.com staff)

The BC Coroner’s Service has released a report on the death of a 41-year-old Cobble Hill man.

Ben Kilmer was reported missing in May of 2018.

His disappearance triggered a massive search and much public attention.

His body was found five months later by a hiker about seven kilometres from where the van was located.

The coroner has ruled Kilmer’s death a suicide.