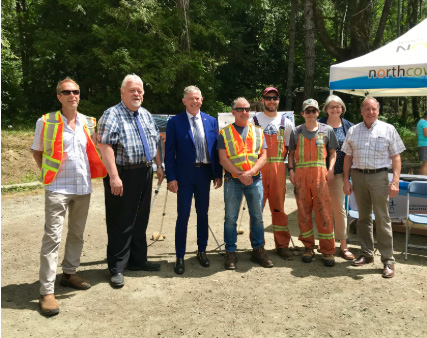 It’s a great news story for the Municipality of North Cowichan and specifically, Crofton residents.

There was a ribbon-cutting to celebrate the completion and official opening of the Crofton Alternate Water Supply Project yesterday and the project is worth an estimated $3.12 million dollars. 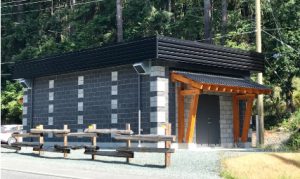 “If (heaven forbid), something happens to the Crofton Mill or that water supply and we can’t use it, we now have a reliable back-up system that would actually feed Crofton without actually having to go to the boil water advisories that are inherent in the water quality problems that we see with the surface water from Crofton Lake, which is the current back-up system,” said Siebring.

In the last few summers, the main water source has failed and the back-up was Crofton Lake. However, because the surface water isn’t up to standard, it almost immediately meant boil water advisories for Crofton residents.

Siebring said the water supply line is ready to go and the back-up water system will kick in if the Crofton mill water source fails.

“What we’ve done is we’ve run a new line with the new pump station, from Herd Road, all the way up Osborne Bay Road to connect into the Crofton water system,” said Siebring. “That line will not be running continuously, it will only be operated if and when we have problems with the existing supply, via Catalyst.”

The Trudeau government is investing $1.56 million dollars to the project, through its Clean Water Supply Project, the province is contributing $1.03 million, and North Cowichan will inject $528,230 to the project.

The Maple Mountain parking lot on Osborne Bay Road was the site of this announcement and ribbon-cutting yesterday.