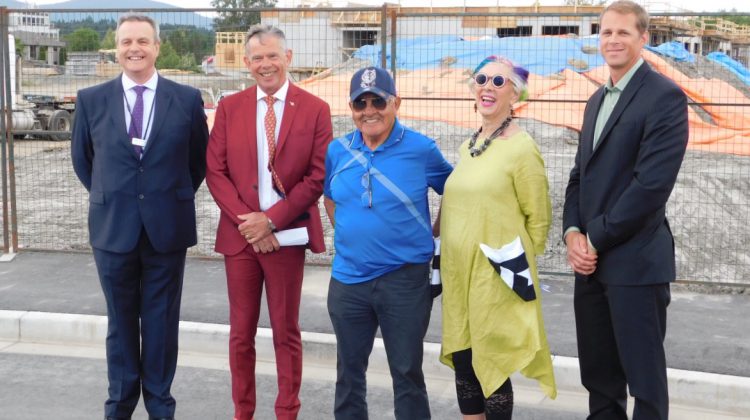 After it was originally expected to be completed in November of this year, an 88-bed facility won’t be ready until next fall.

“Hamlets of Duncan” is under construction and when it’s ready, it will offer 80 publicly-funded and eight privately-funded beds, along with 53 assisted-living beds, that aren’t subsidized.

H & H Total Care Services Incorporated is the developer and CEO and CFO Andre Van Ryk said this facility is meant for people with specific diagnoses.

“Residents that we’ll be caring for will have a diagnosis such as dementia, or other long-term ailments that require unscheduled 24-hour care,” said Van Ryk.

Van Ryk said processes are to blame for the lengthy delay.

Van Ryk said, “Another piece of the work that needed to be done, which slowed things down, is with respect to the land use around the building.”

H & H had to ensure that environmental and archeological concerns were addressed and the movement of where the building would sit on the property also slowed things down.

The Hamlets will be located on the corner of Beverly Street and York Road.