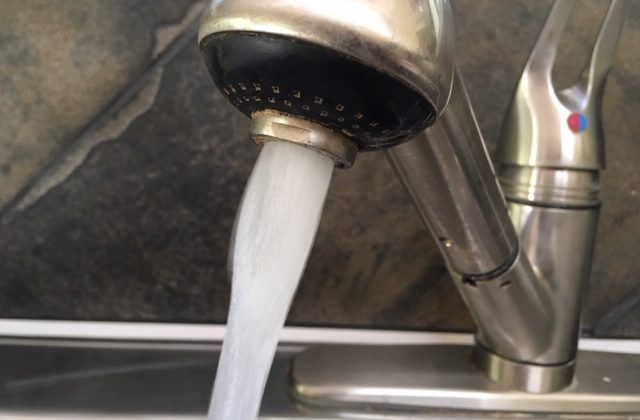 Water running out of a tap. Sharon Vanhouwe, MyCowichanValleyNow.com staff.

Ladysmith, the Diamond Improvement District, and the Stz’uminus First Nation are all subject to stage three water restrictions.

The move to stage three is due to extremely low water flows and the persistent hot, dry weather.

It’s important that residents keep water consumption down while a water main near Stocking Lake is repaired.

Between March and May, Ladysmith has received 54 millimetres of rainfall, four times less than the three year average in the same three months.

High Street, Holland Creek and Aggie Field ballparks, along with the Ladysmith Golf Course are scaling back watering efforts.