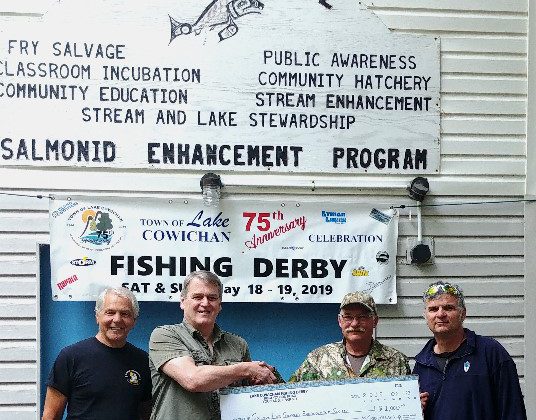 The Cowichan Lake Salmonid Enhancement Society and Hatchery have hooked a cheque for one thousand dollars.

That’s thanks to the Lake Cowichan 75th Anniversary Fishing Derby that was held over the May long weekend.

Organizers say it attracted entries from Victoria to Campbell River, plus
local anglers who wanted a share in the over 8,000 dollars in cash and prizes.

The organizers say they were particularly pleased with the number of youngsters who also ‘weighed in’ on the action.