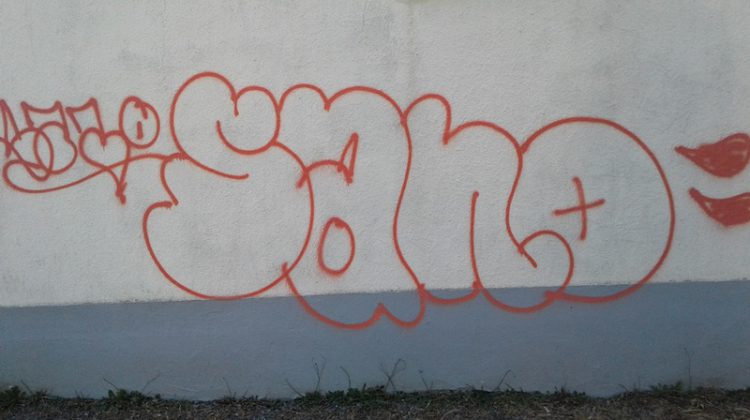 Graffiti on Duncan businesses. Supplied by the North Cowichan/Duncan RCMP.

North Cowichan/Duncan RCMP are looking for the two men responsible for vandalizing a number of businesses in downtown Duncan recently.

The police were called to a series of incidents involving two suspects that spray painted businesses on Kenneth Street, Craig Street, Station Street, and Government Street.

These incidents are believed to be connected.

Police are asking for public assistance in identifying the two young men who were seen carrying spray cans on the morning of June 29.

These suspects were seen taking pictures of the vandalized businesses and may have been boasting about it on social media.

Information leading to an arrest may result in a cash reward. 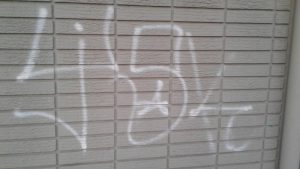 Graffiti on Duncan businesses. Supplied by the North Cowichan/Duncan RCMP.