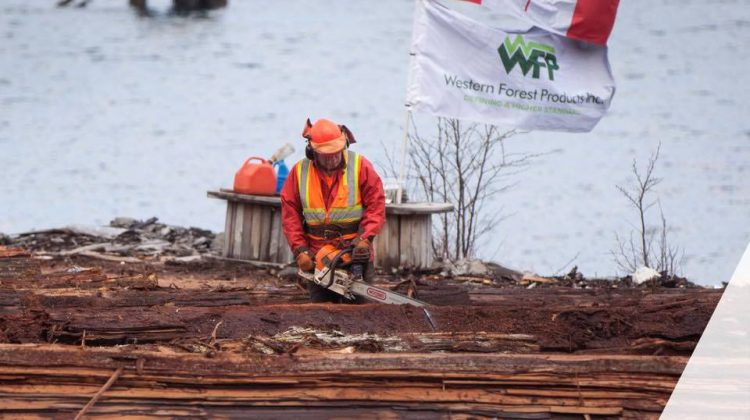 United Steelworkers Local 1-1937 union members have been off the job for a little more than a week and if this is a sign of things to come, it could be a long strike.

Western Forest Products wanted the union to extend the strike notice by 144 hours, so the company could move its logs from salt to fresh water, as Western said those logs were “imminently perishable.”

Union President Brian Butler called this application “frivolous,” adding that the logs can last in saltwater for many many months and the danger of infestation from the naval shipworm is by no means, “imminent.”

The union said that if the Labour Relations Board allowed this application, it would give the company an unfair advantage, taking away any leverage the union had in keeping the logs behind picket lines.

The LRB Vice-Chair dismissed the application, allowing the strike to go ahead on July 1.

The United Steelworkers Local 1-1937 alleges that Western Forest Products is trying to get towing companies to remove booms that are “hot” and behind picket lines.

There have already been shutdowns at the Cowichan Bay, Duke Point, and Saltair sawmills and the graveyard shift in Chemainus was eliminated.