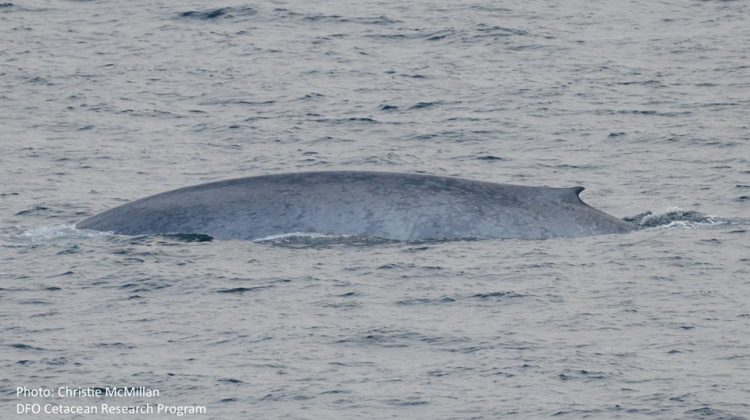 The largest animal on earth was discovered in coastal waters off of Haida Gwaii recently, as a blue whale was spotted by researchers with the Department of Fisheries and Oceans.

It’s hard to put into perspective how massive blue whales are, but for the sake of comparison, they are reportedly twice as heavy as any dinosaur and weigh more than two logging trucks, tipping the scales at 80 metric tonnes.

These magnificent creatures are listed as endangered and protected under the Species at Risk Act.