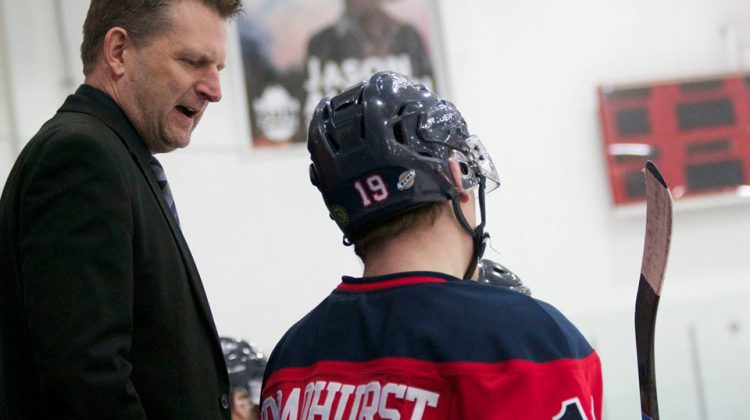 It’s a homecoming of sorts for the Head Coach and General Manager of the Cowichan Capitals.

Mike Vandekamp has been named an Assistant Coach on Team West, which will be competing at the World Junior A Challenge in Dawson Creek.

Vandekamp said his perspective will likely be different on Team West as compared to the Capitals.

“My role on this team is a little bit different on this team, we’ve already had a couple of different calls as a group, we’ve discussed the roles and responsibilities of the entire coaching staff,” said Vandekamp. “Right now with the Capitals, as the Head Coach and General Manager, I have a lot of responsibilities and I have only one assistant coach. We have a much larger staff with this team.”

“I had an idea that Joe Martin might be our head coach, just because he’d been involved for quite a while and I was certainly interested in applying this year because I look forward to the possibility of working with Joe and also with the tournament being in Dawson Creek,” said Vandekamp. “My hometown is about 45 minutes from there, it was an opportunity to be involved in something really special, close to home.”

The World Junior A Challenge runs in Dawson Creek from December 7 to 15.

Team West is made up of players from the Superior International, Manitoba, Saskatchewan, Alberta, and BC Junior Hockey Leagues.