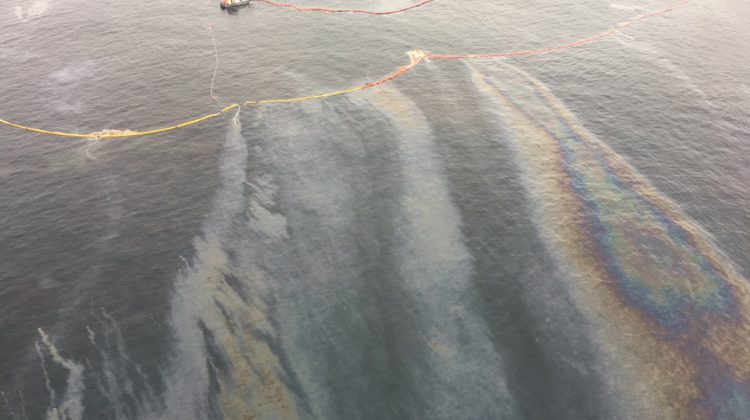 The sinking and spill of the Nathan E. Stewart has cost its owner $2.7 million dollars. Heiltsuk Tribal Council Facebook page.

The sinking and subsequent spill of diesel fuel and lubricants have resulted in the owner of the Nathan E. Stewart tug boat being fined $2.7 million dollars.

This is the largest ever penalty under the Fisheries Act and it involves a boat that was travelling from Ketchikan, Alaska to Vancouver when it ran aground on Edge Reef in the Seaforth Channel near Bella Bella back in October 2016.

Kirby Offshore Marine Operating LLC, based in Houston, Texas owns the tug boat and a Transportation Safety Board investigation has uncovered that 107,552 litres of diesel and 2,240 litres of lubricants leaked into these pristine waters.

Salvage divers tried to stop the diesel oil in the fuel from leaking and 119,000 litres of diesel oil and lubricants were removed from the vessel.

According to the TSB, 45 vessels and more than two hundred people were involved in the response to the sinking and spill.