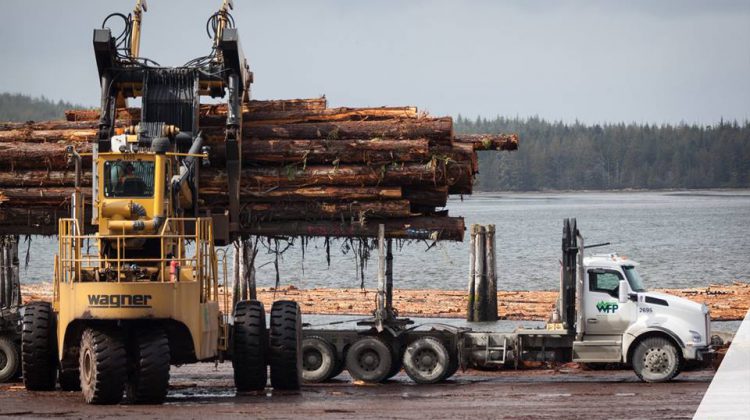 The labour dispute between the United Steelworkers Local 1-1937 and Western Forest Products continues, but the employer wants to but some rumours to rest.

Vice President of Corporate Affairs with Western Susan Dolinski said the company is still paying premiums for hourly employees but has rejected a proposal from the USW.

“Western did not accept a proposal from the union which was [meant] to chargeback employees for the cost of benefit premiums when they return to work,” said Dolinski. “The reason why Western didn’t accept this proposal is [that], we didn’t believe it was fair for employees when they do come back to work to pay as much as $440 dollars per employee, per month, once they return.

At issue in this dispute, according to the United Steelworkers Local 1-1937 President Brian Butler, is the fact that Western is dismissing the issues facing union members.

“Western continues to pay premiums for hourly employees, the cost of approximately $15,000 dollars a day and during the course of normal operations, when employees aren’t striking, Western pays,” said Dolinski. “During a strike, the labour relations code requires that these premiums are the responsibility of the union. That’s not happening currently and I think that’s why there are some rumours that benefits aren’t being covered and that is incorrect.”

At the end of last month, the United Steelworkers Local 1-1937 voted 98.8 percent in favour of a strike vote.

Mill shutdowns have been a reality in Cowichan Bay, Saltair, and Duke Point.

The two sides have agreed to mediation, but there was even some confusion around that, as the United Steelworkers said Western rejected mediation, while Western said it was in support of bringing in a third party.