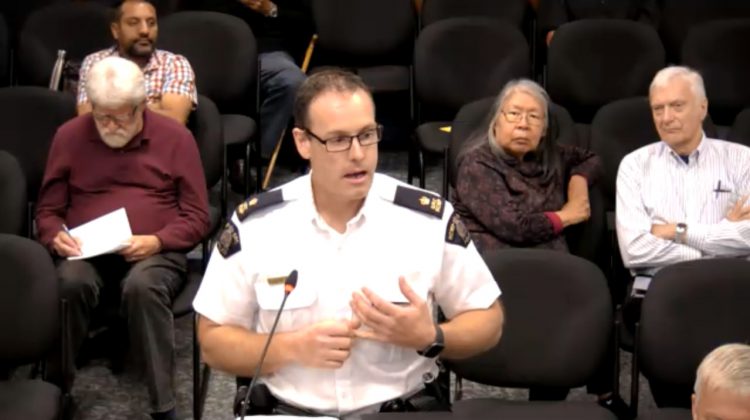 Inspector Chris Bear explains the reason for the spike.

“When we get a complaint that people are ingesting drugs or something like that, around a street corner, we show up, it never happened, there’s nothing to prove that it was there, that is now a statistic, that’s the reason for the big jump,” said Bear.

The jump saw these types of calls increase from 14 year-to-date calls to 96 this quarter.

Bear said the numbers were on the rise in other areas as well.

“We are seeing assaults, property crimes, drugs, impaired operations, they are higher than [in] the past,” said Bear. “Shoplifting and theft reports, they’re going up and our plans are to liaise with businesses to decrease [those numbers].”

Overall, calls for service increased by 4.6 percent in the quarter, as compared to the numbers from the same quarter of 2018.

Bear said missing person investigations are significantly down in the quarter.

During the quarter, there were 6,049 calls for service and 49 percent of those calls came from the Municipality of North Cowichan, followed by the City of Duncan at 23 percent.