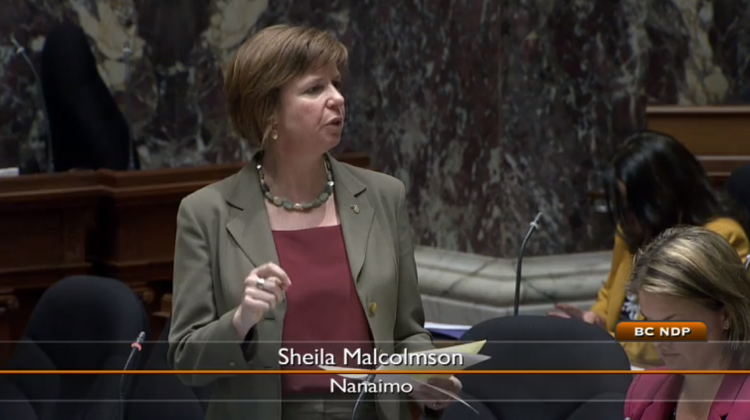 Sheila Malcolmson in the Legislature. Supplied by the Legislative Assembly of BC website.

Nanaimo-Ladysmith MLA Sheila Malcolmson has been appointed to the role of parliamentary secretary for the environment.

This was one of many changes Premier John Horgan made recently and, Malcolmson, who has worked as a special advisor on marine debris protection previously, will continue to serve under Environment Minister, George Heyman.

Her focus will be on addressing marine-sourced plastic debris and making recommendations for provincial action on marine debris, including the environmental risks that abandoned vessels create.

She was a major advocate in the fight to remove abandoned vessels from BC waterways when she was a federal Member of Parliament.