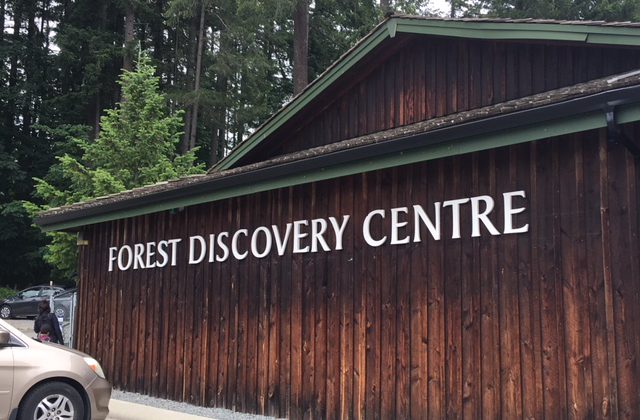 The new Forests Forever exhibit is expected to be unveiled in April. Sharon Vanhouwe, mycowichanvalleynow.com staff.

The BC Day long weekend is upon us and the BC Forest Discovery Centre is celebrating.

“Every year we do the BC Forest Discovery Centre Kids Days, it’s three days of fun for the kids, there’s an imagination station, live entertainment, the barbeque, of course, cotton candy, a scavenger hunt, draw prizes, steam train rides, and of course the mini doughnuts.”

“Every event so far has been above last year’s, we had a record year last year until Christmas when we had the missing three days and we’re actually beating every event, every month so far,” said Gale.

At the unveiling of the Forests Forever exhibit in late April, it was anticipated that 75,000 visitors were going to visit the BC Forest Discovery Centre on an annual basis, Gale said 65,000 to 70,000 visitors are more realistic.

Keep that admission ticket because it’s good all three days.

Admission is $10 dollars, $8 dollars for seniors and free for kids two and under.