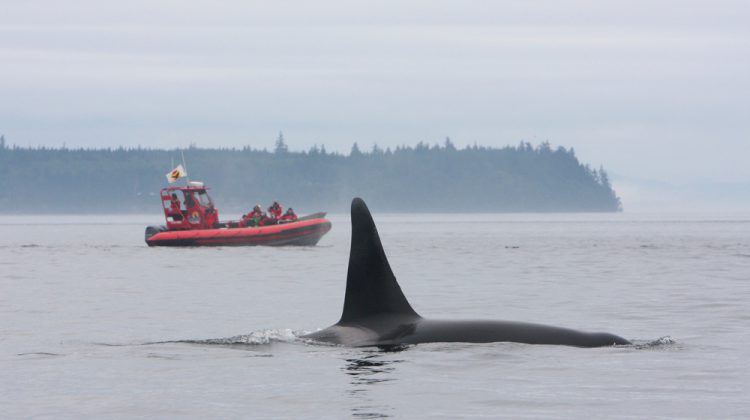 Three adult orcas are missing and presumed dead as of July 1st.

So says a report from the Centre for Whale Research.

These whales are from the extremely endangered Southern Resident killer whale population, that historically frequent the Salish Sea almost daily in summer months.

The centre says that due to the scarcity of suitable Chinook salmon prey, this population of whales now rarely visit the core waters of its designated critical habitat.

Those waters include the Puget Sound, Georgia Strait, and the inland reach of the Strait of Juan de Fuca.

Dr. Peter Ross, vice-president of research at Oceanwise, said the news is troubling at best and deeply concerning.

“This represents a fairly sizable fraction of the now 71 individuals that remain,” Ross said.

“This is a population size we have not seen in over 40 years. So for 40 years, we have seen a recovery, a slow but steady up-and-down growth of this population to nearly 100 individuals in around the year 1999, and since then, this steady drop.”

J17 is a 42-two-year-old J pod matriarch and mother of Tahlequah (J35), who carried her dead calf for an unprecedented 17 days last year.

The centre reported that J17 was not in good body condition last winter, perhaps from stress.

Also missing is 28-year-old, K25, an adult male who was not in good body condition last winter.

And, lastly, 29-year-old male, L84, has been missing all summer in encounters conducted by the Department of Fisheries and Oceans colleagues along the west coast of Vancouver Island.

L pod has not come into the Salish Sea yet this summer.

L84 was the last of a matriline of 11 whales, ten of whom died previously.

“These killer whales are telling us something rather profound about the state of their environment, their habitat, and their food supply,” he said. “We in the scientific community have been examining the three major threats on their doorstep for a couple of decades now.”

The threats include a reduced abundance of chinook, which makes up roughly 90 percent of their food supply, noise and disturbance from boats, and industrial chemicals leaking into the sea.

“Add the three of them together and it spells a rather difficult circumstance and path ahead for these endangered whales,” Ross said.