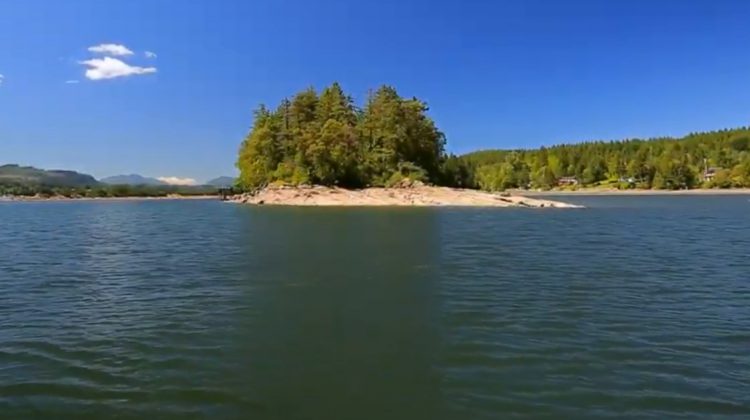 Bute Island is now accessible to the public and offers a wharf and a short walking trail in the Ladysmith Harbour.

The 2.2-acre island will be maintained in its natural state and a day-use dock can accommodate kayaks, canoes, and smaller vessels.

Brian Farquhar, Manager of Parks and Trails with the CVRD gives us a taste of what Bute Island offers the public.

“Panoramic views around the harbour to the other islands, across to Ladysmith and the mountains behind,” said Farquahar. “You really get a sense, from the harbour’s perspective, a working harbour, the natural features of the harbour in terms of wildlife, in terms of birds, in terms of sea creatures that families and visitors to the region can all enjoy.”

Farquhar said the island, owned privately for a long time, needed some improvements before the regional district felt comfortable opening it up to the public.

“So, the island itself was actually acquired last year by the regional district, but we wanted to ensure that, in order to announce it formally and invite the public over to enjoy it, that we had the opportunity to make some improvements,” said Farquhar. “Improvements to the dock wharf, put in appropriate signage, and open up the small, natural trail on the island.”

Farquhar said the regional district has been working in coordination with the Stz’munis First Nation, ensuring that their values of the island are also preserved

The CVRD is offering boat tours to Bute Island during the Ladysmith Maritime Society’s Sea Life Celebration event Sunday from 10 am to 2 pm at the Ladysmith Community Marina.