Adding Some Colour to a Cowichan Original 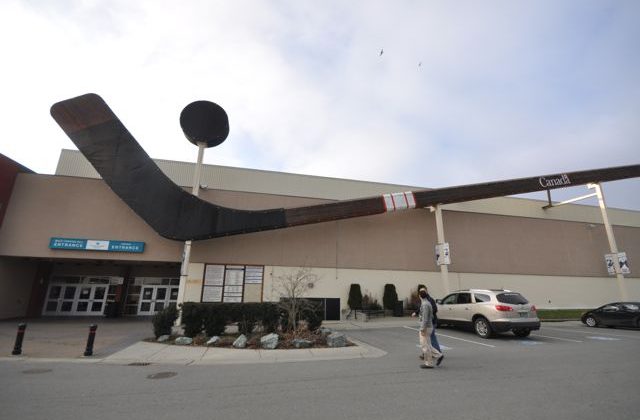 Some communities don’t have the world’s largest anything, but the Cowichan Valley Regional District is improving the world’s biggest hockey stick.

For many years, the CVRD and Cowichan Community Centre staff have heard calls from the public to modernize the lights on the biggest hockey stick in the world.

“The time was right to have the work done, so over the last couple of days contractors have been on-site, redoing the lighting, which will have some new functionality in the near future, in terms of adding some patterns and colours,” said Schumacher. “Even in its standard white, it should be considerably brighter and more visible for residents and visitors to the Cowichan (Valley).”

The new lighting system will see the old incandescent lights be replaced with the brighter, more energy-efficient LED’s.

“There are a wide array of colours that can be programmed in to appear by selecting through a colour-swatch, the sky’s the limit,” said Schumacher. “It gives us a lot of flexibility to customize it, whether that’s colours of sporting teams or community organizations. I think the community is going to be pretty impressed with it once they’re able to see it and appreciate the wide array that we can actually use.”