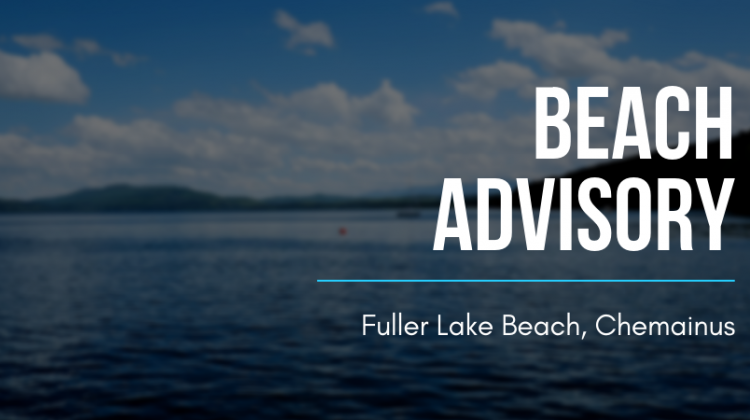 A Beach Advisory has been issued for Fuller Lake. Supplied by the Municipality of North Cowichan Facebook page.

The Municipality of North Cowichan has issued a beach advisory for Fuller Lake this weekend.

Mayor Al Siebring explains the reason for the advisory.

“We’ve done some tests, Island Health tells us that there are bacteriological counts there that exceed acceptable limits in the water,” said Siebring. “Swimming and wading are not recommended because of the bacteria in the water.”

There are a lot of private lake accesses around the lake and Siebring said, “We can’t stop people from going in the water, we’re advising them not to go in the water,” said Siebring.

He added, “Fuller Lake has that public beach, but there are all kinds of private accesses to the beach around the lake. We’re putting up notices at the community mailboxes for the addresses adjacent to the lake, just to let folks know that there are bacteria in the lake.

The frequency of tests is ramping up and staff will monitor the bacteria levels and lift the advisory when the levels are back at an acceptable level.