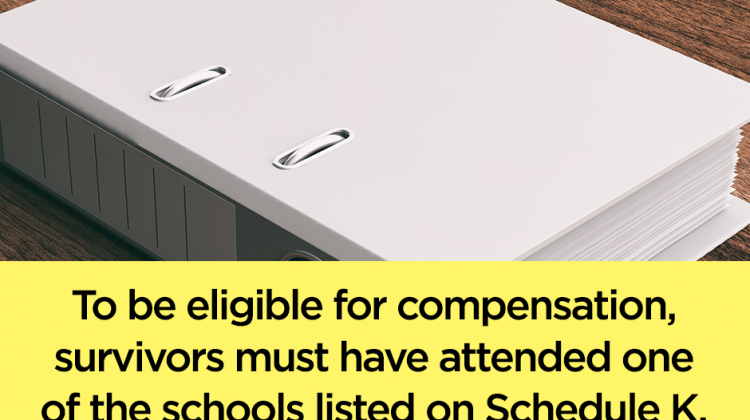 The federal court has approved a settlement agreement for survivors of Indian Day schools and individuals will be able to apply for compensation for physical and sexual abuse, linked to these federally-run institutions.

Thorne, who is also a member of the School District 79 Board of Trustees, attended some of these institutions and recalls how horrible he and countless others were made to feel.

“I didn’t like having stuff poured on my head, I guess you call it delousing, I didn’t like having to do the things that we did, when I got a question I couldn’t answer, I had to put my hand on my desk and I got whacked with a ruler,” said Thorne. “I actually almost believed them when they said ‘you’re dumb, you’re stupid, you’re not going to be anything.”

Thorne, who is also a School District 79 trustee said something grew inside him, but it wasn’t what his bullies planned.

“By their bullying and their demeaning of me, they were building me up and they didn’t know that,” said Thorne. “I was determined that I was going to survive and I was going to come back and say, ‘look what this dumb, stupid Indian did in my life. I wanted to be a strong, but understanding person.”

Robert Winogron with the legal firm, Gowling WLG, said there are a few types of claims that can be made, one being direct compensation that ranges from $10,000 to $200,000 dollars, depending on the severity of the harm.

The other allows bands to set up specific health and wellness initiatives, language revitalization programs and commemorations like events or feasts.

It’s all part of a $200 million dollar legacy fund.

Thorne went to St. Catherines School and Queen of Angels School and when he was asked what this settlement will mean in terms of reconciliation, he responded.